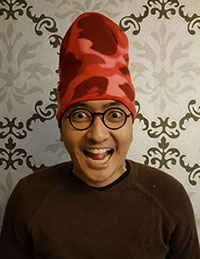 We are a few months away from the Festival (October 14-16 2016) and we are excited that the film submissions are gaining traction. To date, KLEFF has received 89 films submissions from over 26 countries!

The KLEFF portal is still open for film submissions and you can head to our official website, www.kleff.my for more information. The late submission deadline is on June 30th 2016.

We are also super excited that we have finalized our university partnerships and we are proud to announce that seven Malaysian universities have confirmed their partnership with KLEFF. Click here to view the announcement and press release.

Screening of “Sunset Over Selungor” at TARUC, 15th March 2016 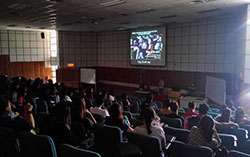 This film was made by Ross Harrison, one of the winner of KLEFF 2014. This film is an intimate insight into a unique way of life by Penan tribe and their stuggle to keep their livelihood against logging and development. KLEFF recently conduct a screening at TARUC where more than 80 students watched several short documentaries about the environment.

Screening of “Mantanani: Struggle for an Alternative Livelihood” at Impact Hub, KL

Honorary advisor of KLEFF, Yasmin Rasyid was invited to speak at the Impact Hub KL recently and her opening speech included a short film screening of a film that shares the plight of 1000 villagers in the island of Mantanani. More than 80 diverse participants enjoyed the short film.

Host your own film screening today!

Did you know you can host your own film screening? Yes you can. Use the power of films to encourage your community members, school mates or office colleagues and get them on a journey to learn about positive actions for the planet today.

The KLEFF Announces Partnership with Seven Malaysian Top Universities. Check out which universities are taking environmental storytelling and film making to the next level by partnering with KLEFF. Click here to read more.

Call for Sponsorship and Partnerships. Find out how your organization, company or even school can be part of our efforts to empower and inspire Malaysians to take positive actions for the planet. Click here to read more.